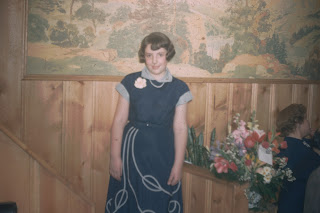 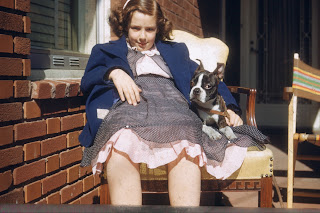 I was born on April 23, 1940 to Rose and Sydney Cohn in Brooklyn, NY in the United States. Our family name, Cohn, is a very typical Jewish name and my parents parents came to the United States from Germany. My mother was a teacher in the New York City school system, and my father was an accountant.
One of my memories from my childhood was that when I was 7 years old we took a trip from the East Coast to the West Coast (3,000 miles distance) by train, and we visited national parks. I remember seeing a bear, which was exciting for a city girl. I saw a geyser at Yellowstone National Park. It was known as Old Faithful because it goes off the same time every day. This trip took place in 1947, after the end of World War II.
I don't remember the war itself but I remember people telling me about it. I was only 5 years old when it ended. The only actual memory I have is that my pediatrician was gone when I was sick, because he had gone off to war.
I lived in Brooklyn where there were lots of Jewish people. There were lots of synagogues, kosher restuarants. Only when I moved to Syracuse did these things become much more sparce. There were very few Jewish people so the Jewish services were limitted in Syracuse.
We did a lot of outside activities playing on the stoop (stairs leading up to the house). We would throw a ball again the steps and count who got the most points. On the sidewalk we played hop scotch and jump rope. We also went to the movies a lot because they were very inexpensive at the time. For 55 cents we could watch two movies and the news all afternoon. When I was a teenager we started going to pizza parlors and met also at the library sometimes.
I did not have a Bat Mitzvah. When I was that age girls didn't have a Bat Mitzvah. I did have a sweet 16 party in the basement of the house on Bedford Ave. My date was a sailor with red hair. I wore a tourqouis dress, and it was a boy/girl party.
We didn't have a school uniform. We wore conservative clothing. Usually the girls wore a skirt and sweater.
I lived in my first house until I got married. Our house was free standing, and it was longer than it was wide. There were 3 levels. On the main level was the livingroom, diningroom, kitchen, back porch, and the dinette, and pantry which held the dry goods. On the lower level was a recreation room with a bar, and it had a storeroom also. On this level was also an exit out to the neighbors driveway. On the top floor were 4 bedrooms. All 3 of the levels had bathrooms. In the backyard was a beautiful blooming cherry tree. The front porch had a lion on it, and everyone knew to come to the house with the lion.
On Jewish holidays the family got together and said the traditional prayers and ate traditional foods, usually with my mother's family. Thanksgiving and Independence Day we celebrated but not Holloween or the Christian holidays.
In the summer I went away to summer camp where we played sports, did crafts, and played games. The camp was kosher-like. It wasn't religious but on Shabbat that were less organized activities. Wither-wind was the name of the camp. My parents could come to visit on weekends.
My parents owned an additional home on Greenwood Lake in NY State. It was on a big lake between NY and NJ. We used to go there sometimes on weekends and in the summer. My brother Bill was 4 years older than me. He was big physically - 6 foot 3 inches at the age of 13. We fought like all brothers and sisters. He didn't want to have to take me to school and to all different places with me all the way. "I can't tell anymore when my friends are coming to visit me or my sister." He tought me how to drive a car. I was only 17 when he died of a disease that caused his kidneys to stop working. His friends Joe and Jerry continued Bill's legacy by staying friends with me to this day. Jerry and Sandy especially are like an Aunt and Uncle to Sima, Dave and Risa. 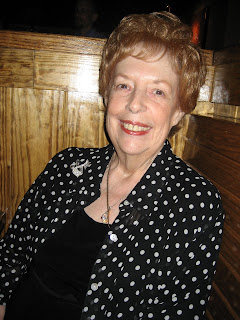 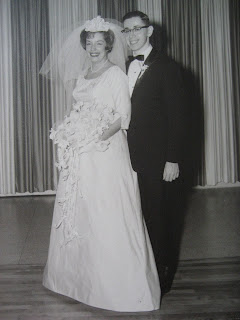 How did I meet Saba? Saba was visiting his sister in Hudson,NY. At the time Saba was living in NY city. Saba asked his sister's neighbor whether she knew anyone his age in NY. The neighbor gave Saba Savta's phone number and he called her when he got back to NY, and they got engaged shortly after.
I got married in Brooklyn in Temple Ahavat Shalom and there were 150 people there. I wore a white long dress with a veil. Aunt Gloria was matron of honor. Cousin Claire was maid of honor. It rained and snowed on that.
I was 23 when Sima, your mother, was born and I stopped teaching to take care of her. When I was 25 Uncle Dave was born, and 29 when Aunt Risa was born. I never went back to teaching after that.
We lived in an apartment in Brooklyn, and when Sima was 6 months old we moved to Syracuse. When she was a bit older we moved to a house in Dewitt where David and Risa were born. When Sima was 6 years old we moved to Cazenovia, where we had built a big house on Cazenovia lake.
During these years I didn't work although I did a lot of volunteer work for organizations such as Haddassah, and for causes such as women's right to choose to have an abortion. In Cazenovia we were the only Jews and there was quite a lot of antisemitism, so after 6 years we left and moved to a house in DeWitt.
After Sima, David and Risa left the house Saba and I ran a business card printing shop together which was hard work. After we sold that I worked as an assistant to a New York State Senator named Nancy Lorraine Hoffman.
10 years ago Saba and I bought a house in Florida and started spending winters in Florida where it is nice and warm instead of the cold and snowy weather we were used to in Syracuse. We eventually left Syracuse completely and now only have a house in Florida. Here I don't work, but I enjoy spending time with my friends. I like to play mah jong, and to shop and go to restaurants.
פורסם על ידי ספיר ב- 2:40 אין תגובות: